Ky  grew up in Williamsville, New York. At age 19 she traveled to Italy to meet her relatives, who own a restaurant in Sicily. That’s when the notion of owning her own restaurant came about. After graduating from the university of Buffalo, Kyleena grabbed a backpack and over the course of the next eight years, traveled to more than 62 countries. She eventually returned and ended up in Vail, where she set about learning everything she could about running a restaurant. Spending winters in Vail, working at Sweet Basil & The Game Creek Club and summers in the Hamptons, New York working at Pino Luango’s Sapore Di Mare, and Gar Wood’s in Lake Tahoe, California, she felt she had acquired the knowledge she needed to open her own restaurant. 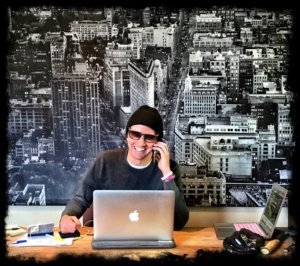 Carson, the true definition of a “Renaissance Man”, this guy does it all. Born and raised in the Sierra Foothills of California, Carson completed his university degree while living in Santa Cruz, California, and then landed in Crested Butte. Here, he has honed his skills in creative restaurant design, build, and management, all while living the life of an outdoor enthusiast. With a constant drive to “crush it”, look for Carson in all facets of restaurant operations as well as on the bike trails and winter slopes.